From Dover Foxcroft to Greenville, the greater Piscataquis Chamber of Commerce is proud to provide support to 22 of the best towns in the country, their residents, and businesses.

Below, you’ll find population and school-district information, as well as contact information for the respective town offices. Member-towns are listed first. 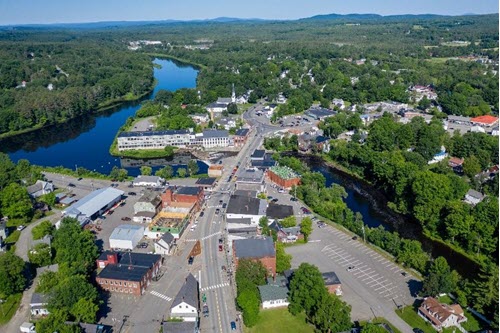 Dover Foxcroft is the seat of Piscataquis County. It is the county’s premier business center, and has the highest population in the county. Dover-Foxcroft has experienced exciting changes and growth over the past half-decade, such as the redevelopment of the Mill, formerly Moosehead Manufacturing, which sat abandoned and empty for many years, now home to residential apartments, offices and a 6-room boutique-style hotel overlooking the Piscataquis River. Then, the grand re-opening of The Commons at Central Hall, which offers beautiful event space for our local communities. And, most recently, a state-of the art ice arena has been added to the town, adding jobs and creating activities for our young people to enjoy. New businesses are continually sprouting, and a wave of younger families are moving in.

Dover-Foxcroft is home to the Piscataquis Chamber of Commerce and some of the county’s largest employers, such as Puritan Medical  Products (the nation’s top manufacturer of Covid-19 testing swabs), Foxcroft Academy, Northern Light/Mayo Regional Hospital and Pleasant River Lumber. The Center Theatre for Performing Arts, the county’s only community theater, is also located in downtown Dover-Foxcroft, which is also where the Maine Whoopie Pie Festival (Oct 3, 2020) is held. Dover-Foxcroft is known for its friendly business-owners, walkable streets and welcoming community members.

Brownville includes the villages of Knight's Landing and Brownville Junction, near which passes the 100-Mile Wilderness of the Appalachian Trail. 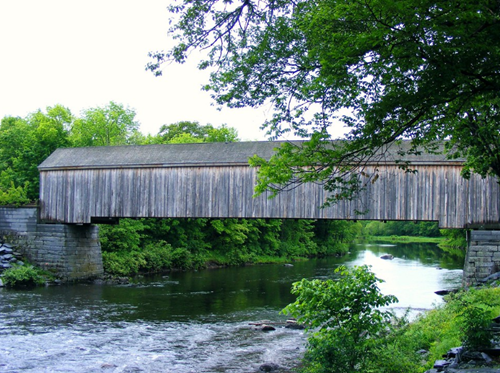 In the heart of the Maine Highlands, on the banks of the Piscataquis River, rests one of the premier manufacturing communities in Northern New England.

Guilford has a long history of contributing products for the world. Guilford’s work force is proud to manufacture everything from textiles and wood products to state-of-the-art medical implements and supplies.

Residents enjoy a life style that is steeped in the natural beauty of Maine. The area abounds with lakes, streams, and mountains that allow both locals and travelers to enjoy this unspoiled area. Local artisans and merchants offer a wide variety of products and services.

The town enjoys a newly expanded library, a busy recreation schedule for young people and a school system that sets standards in technology and educational excellence.

Guilford is proud to be officially recognized as both the Chickadee and Lilac Capital of Maine. We are grateful to the Maine legislature for recognizing the long tradition of the Town’s inhabitants of fostering and caring for the pristine natural environment within our town. 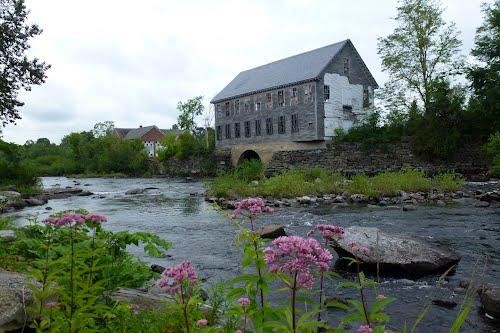 The majority of out-of-staters visiting our region to scale and conquer Mt. Katahdin drive through the sweet town of Milo to get there.  A quaint, walkable community, Milo has seen some significant investment and growth over the past couple of years. A new place for tourists to stop in, the Milo/Brownville & Points North Visitor Center is situated adjacent to one of the area’s most popular destinations, the Harrigan Learning Center & Museum. Most recently, Milo experienced a re-awakening at the old Derby Railyards, as Central Maine and Quebec Railway invested over 7 million dollars to take an abandoned railcar service station and completely rebuild it with innovation nearly impossible to find elsewhere in the United States. Katahdin Railcar Services has already added 20 new jobs, and as the project continues, greater opportunity for the locals is inevitable.

Milo is home to many friendly small-business owners who are committed to the community and the betterment of our region. If you are driving through, we recommend stopping in to Elaine’s Bakery and Café for breakfast or something sweet, the local Pat’s Pizza for lunch, and perhaps checking out Bissell Brothers Brewing Company’s newest location on Elm St. We promise it is a town you will fondly remember. 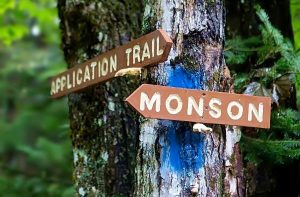 Sometimes big things happen in small places. Monson, Maine is such a place. A beautiful, rural town found on the shores of Lake Hebron, where a little over 700 people reside. Recently, hundreds of thousands of dollars have been invested in this small community by the Libra Foundation, a philanthropic group also behind Maine’s Pineland Farms, who purchased multiple dilapidated properties and the town’s community center with the goal of creating an artists’ colony, re-affirming Monson as the type of idyllic place artists want to be. The town’s reconstruction comes with a plan – an artist residency program named Monson Arts, offering month-long residencies and shorter intensive workshops to artists and authors, including attractive new studio space to work in and housing for those who enter the program. Eventually, this once aging community will become a hot spot for young talent, transformed by the power of art.

New life means new businesses, more jobs, and a stronger economy for this community, already loved by year-round and seasonal residents, vacationers with cabins on Lake Hebron or those passing through to Moosehead Lake, and; hikers – who encounter Monson as the last stop on the Appalachian Trail before embarking on the One-Hundred Mile Wilderness, a remote stretch of trail situated between Monson and Mt. Katahdin in Baxter State Park. Hundreds of AT hikers enjoy a refreshing visit in Monson each hiking season to stock up on supplies at the General Store or get a shower and enjoy a home-cooked meal at the Lakeshore House – a county-wide favorite pub, one of several facilities to offer hikers a friendly and hospitable place to spend the night. 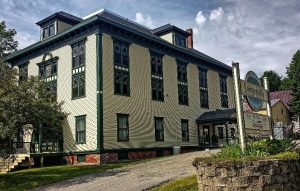 Sangerville has been a small lumbering and agricultural community for most of its history. Adjacent to Guilford, its main village is just south of the Piscataquis River, which forms its northern boundary.  In the 1880’s Sangerville village hosted a grist mill, a sawmill, a tannery, and a woolen mill, which employed about fifty people. Elsewhere in town there were three sawmills, a shingle mill, and another grist mill. The town has several ponds, the largest of which is Manhanock, accessible by a boat ramp off Route 23 near Sangerville village. Manhanock and Harlow (in Parkman) ponds are managed as one 595-acre water body since fish pass freely under a bridge separating the two. The 403-acre Center Pond, a recreational area, is indeed in the center of the township and is accessible off the Silver Mills Road. The 93-acre Marr Pond is in East Sangerville.

Sangerville is home to many wonderful businesses, including Gordon Contracting, Piscataquis Chamber’s 2018 Business of the Year

Dexter
Dexter is a part of the greater-Piscataquis area, and is considered a major gateway through which visitors access the Katahdin and Moosehead regions. 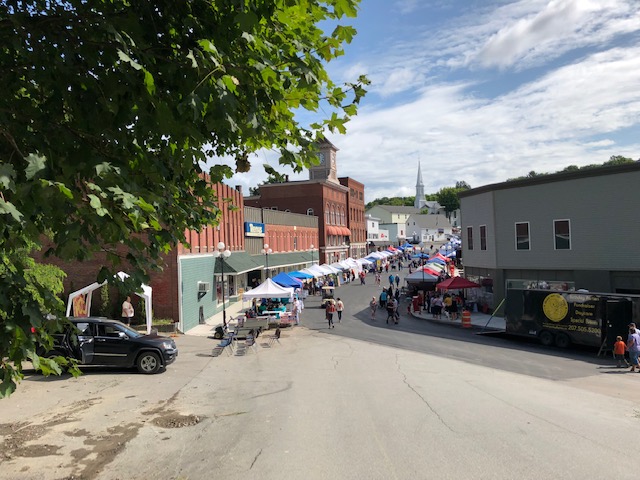 Dexter, Maine; home of the Maine Red Hot Dog Festival, is a charming rural town located on the Moosehead Trail in the heart of the State, on the south side of pristine Lake Wassookeag. Part of the Maine Highlands region, Dexter is set in a beautiful area that includes rolling hills, lush valleys, and numerous lakes and ponds. The 2010 Census recorded Dexter's year-round population at 3,895 with a combined land and water area that covers 37.16 sq. miles (96.24 sq. km). It is at the western edge of Penobscot County where it shares a border with Somerset County and Piscataquis County to the North. Excerpt by Greg Hartford